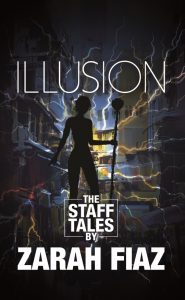 Prisca is an ordinary girl, living an ordinary but honest and happy life. Everything about her life changes, when she encounters a mystical artefact – a Staff – and has to chose between saving herself or a stranger she meets in the train. She soon discovers that she has been chosen by an ancient civilisation as a Carrier of a magical Staff that wields unimaginable powers. But as it is said, where there is power, there is evil trying to steal that power. Prisca has to now learn about her past, learn about her new powers, learn how to fight whilst simultaneously trying to save her family and friends. Will Prisca survive her destiny?